In the previous article, we are introduced to the concept of public policies. We learned that it is a guideline created and used by the government, which is shaped by their interactions with government and non-government actors and institutions, intended to address an issue that concerns the public.

Now that we have a grasp on the concept, I would like to follow through by showcasing the different types of public policies. In doing so, aim to provide a clear picture on how it operates and identify examples of public policies that we engage in real time.

Theodore Lowi posited the most prominent categorization of public policy. He argued that public policies may be categorized based on the concentration of the costs and benefits among the population. It highlights who bears the cost and who benefits from the public policy:

1. Distributive Policy: These policies involve the allocation of resources to a certain population. In this type, costs are borne by the general population and the benefits are concentrated on a specific population. To put it to perspective, the resources used in these policies are the taxes collected from every citizen of the country and it is used to provide beneficial programs and projects to a specific group or individuals.

Example: The RA 10533, also known as The Enhanced Basic Education Act of 2013 or simply K-to-12 Education Policy, would be an appropriate case for this category. This policy is funded by our national budget – the government’s financial resources collected from taxes – and aims to promote the overall welfare of students by improving their competencies to be at par with the global standards.

2. Regulatory Policy: These policies are intended to limit the activities of specific individuals and groups to protect the people. In this category, the costs are concentrated on a specific population for the benefit of the more general population. These policies are often aimed at safeguarding our welfare and allowing us to experience a better quality of life.

Example: The RA 3720, or Foods, Drugs, Devices, and Cosmetics Act, exhibits the qualities of this category. This policy establishes quality standards and measures for food, drugs (medications), devices, and cosmetics to ensure that these are safe for consumption. It limits the producers in practicing profit-maximizing tactics that endangers the health of the consumers (e.g. misbranding, deliberate use of substitute components that lessens the quality and safety of the product). This forces the producers to meet the standards because their failure to comply has a corresponding penalty as provisioned in the policy.

3. Redistributive Policy: These policies entail taking resources from one group while allocating these taken resources to benefit another group. Here, the costs are concentrated on a specific group and its benefits are also concentrated on another group.  Though, often, we see this policy as a way of the government to redistribute wealth and promote equality in society. It’s not always the case.

Example: The RA 10531, also known as the Sin Tax Reform Law, restructured the taxes imposed on liquors and tobaccos to generate funds that would be use for specific programs. The revenues from this policy are primarily and exclusively used to fund and upgrade our universal healthcare programs, medical facilities, and train more medical professionals. In a sense, this case shows that the cost to improve a part of the health sector was shouldered by the liquor and tobacco companies.

In addition to Lowi’s typology, public policies were also categorized based on their roles accomplishing the target:

1. Substantive Policy: These policies are tangible actions taken by the government towards the people’s concerns. It directly affects the welfare of its beneficiaries and the population that were identified to carry the cost in achieving the policy goals.

Example: The previous examples (RAs 10533, 3720, 10531) I’ve provided are substantive policies. These are all focused in providing the corresponding services and resources that would improve the welfare of the intended beneficiaries. Moreover, it also affects the behavior of some groups in conducting their activities (e.g. people refraining from indulging in vices; producers adopting business practices that would meet the quality and standards set by the government).

2. Procedural Policies: These policies are actions taken by the government towards their structures and processes. It deals with the adjustments and developments on the methods that the government uses to perform their task. It affects the way the government accomplishes their duties – which includes the creation of public policies.

Specifically, the RA 7722 and 7796 brought to life CHED and TESDA respectively, thus mandating them to oversee their specific areas of the education sector. DepEd, on the other hand, took its shape by virtue of the RA 9155 which redefined the roles of its field offices and provided the overall framework of the school system and management.

These RAs (7722, 7796, and 9155) are procedural policies that brought to life new agencies, structures, and systems that aimed to increase the efficiency in delivering the results expected for the educational sector.

This article introduced the different types of public policies and provided examples for each. We learned that public policies can be categorized by the concentration of costs and benefits among the population.

It can be distributive wherein the resources pooled by the general public will be allocated to create beneficial programs. It can regulate the activities of certain populations to protect the welfare of the public. Also, it can redistribute resources to ensure equality within the society.

With that in mind, I hope we can ponder upon the vast number of public policies that are working together to make our lives better every day.

How many public policies do you think are working to keep our education system in place? Do you think these are enough?

How about food access and security? How many public policies do you think are there to ensure that we have clean and nutritious food on our plates? Do we need more policies?

You may share your thoughts in the comments section below.

Point #1 – Public policies may be categorized based on the concentration of costs and benefits among the population; and also based on their roles in addressing the issues.

Point #2 – As Categorized by Cost and Benefit Concentrations

Distributive policies concentrate the costs on the general population, while the benefits are focused on a specific population.

Regulatory policies concentrate the costs on a specific population, while the benefits are focused on the general population.

Point #3 – As Categorized by Roles in Addressing the Issues

Substantive policies are aimed at directly addressing the identified problem of the public.

Procedural policies are aimed at the changes on the operational matters of public policy. 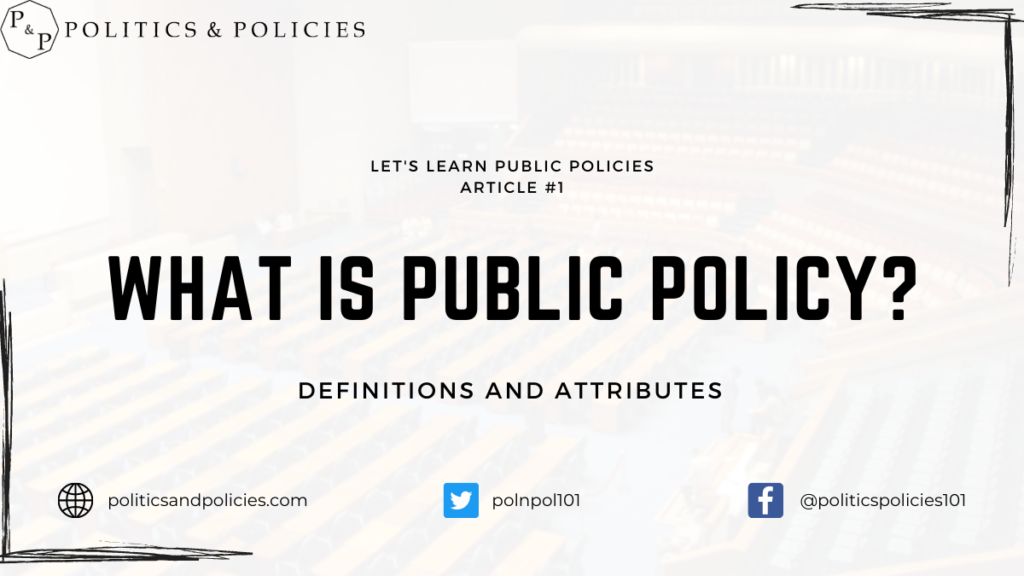 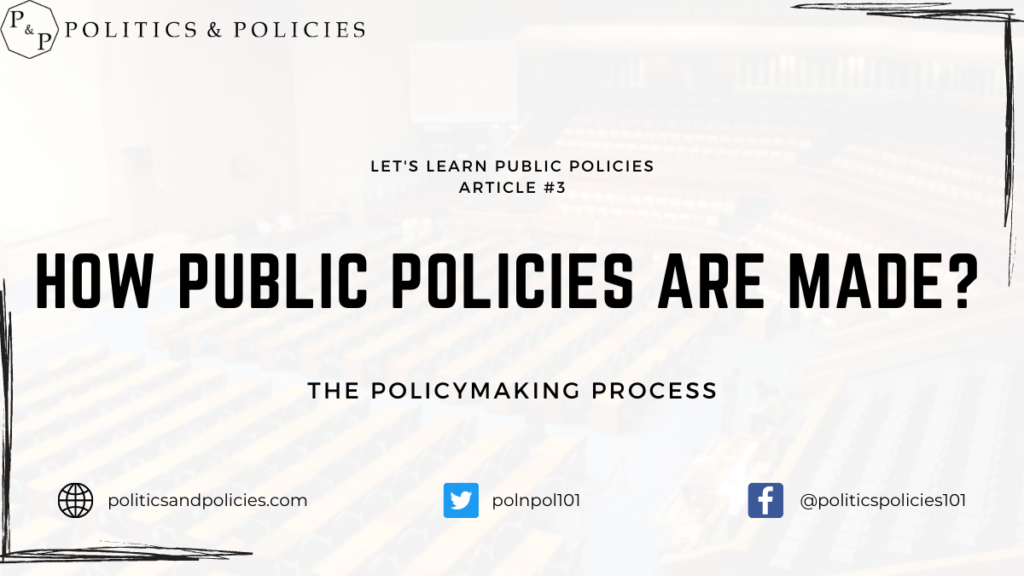